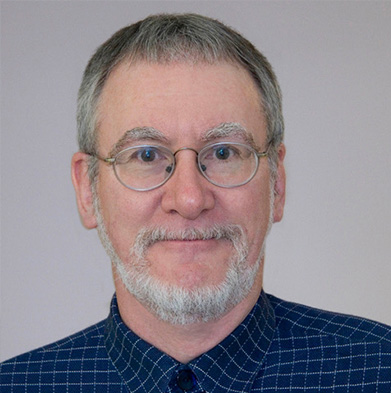 Gerry Cornwell, LC, (B.A. Hnrs, Brock University) is one of Canada’s leading lighting designers and educators. His expertise comes from an extensive background in museum and fine art display lighting, and forty years as an award winning independent lighting designer in a broad range of applications. For nine years he was Senior Lighting Consultant for major lighting retrofit and redesign programs in Canada and the United States, and managed the largest lighting design group in Canada. He is presently principal of Gerry Cornwell Lighting.

After a successful career in professional theatre production management and design, Mr. Cornwell joined the staff of the Royal Ontario Museum in 1979 as Resident Lighting Designer. He established his independent consultancy in 1981. For forty years, he has specialized in the unique problems of museum and fine art lighting and has designed lighting for most of the major galleries and exhibitions at the ROM.

Other projects include the McMichael Canadian Collection in Kleinburg, the George R. Gardiner Museum of Ceramic Art in Toronto and the Rideau Street Convent Chapel in the National Gallery in Ottawa. He has completed major projects for the Museum of Jewish Heritage in New York, the Adler Planetarium in Chicago, and the FULL CIRCLE: First Contact, Vikings touring exhibition originating in St. John’s, Newfoundland.

Outside the museum/art gallery environment, Gerry Cornwell has designed lighting and control systems for Ontario Hydro, Ontario Power Authority, IMAX Systems Corporation, Toronto City Hall, the Toronto Blue Jays at The Rogers Centre, Northern Telecom, CARA Operations (Swiss Chalet and Harvey’s Restaurants) and McDonalds Restaurants of Canada, among others. He was Lighting Designer for the award-winning University of Waterloo School of Architecture, located in Cambridge, Ontario. He was Special Consultant to the Rogers Centre for the relighting of the bowl in 2011.

Gerry Cornwell has developed lighting standards for the Catholic School Boards Services Association for the province of Ontario, and for Canadian Tire Corporation. He has edited and updated a Lighting Reference Guide for Natural Resources Canada and The Ontario Ministry of Energy. He was Project Lead for an extensive four-year LED lighting research project for Toronto Hydro Energy Services Street Lighting Division, and consults to the Climate Group, Sustainable Buildings Canada and the Toronto Atmospheric Fund.

Gerry Cornwell is a founding member of the Centre for Lighting Research and Design at Ryerson University. He has taught lighting design at Georgian College, the Ontario College of Art, Ryerson, Sheridan College and the University of Toronto. He recently retired from 20 years as Academic Coordinator for the Certificate in Lighting Design program at Ryerson, the only university level lighting education program in Canada. He was Education Program Manager for the Toronto Section of the IESNA for six years. He was the course developer for ED-Roadway, a roadway lighting design course that is unique in North America. He has spoken at LightFair and IIDEX (International Interior Design Exposition) and conducted CEU lighting courses at the ILE (International Lighting Exposition) and for ARIDO. For 20 years, Gerry Cornwell has conducted annual LC Study Group sessions for the Toronto Section IESNA, and for international clients.

Gerry Cornwell has been a member of the Illuminating Engineering Society (IESNA) since 1981.
He has been the recipient of numerous IESNA Awards of Merit and Section Awards for his designs. The Museum of Jewish Heritage exhibition Ours to Fight For received a prestigious design award from the American Museums Association. The University of Waterloo School of Architecture project has won a national award for adaptive reuse. In 2007, Gerry Cornwell received the G.G. Cousins Award for outstanding service to the IESNA Toronto Section. In 2008, he received the Mentorship Award from the IESNA Toronto Section.

Mr. Cornwell has received the ‘LC’ designation from the National Council on Qualifications of the Lighting Professions in the United States.